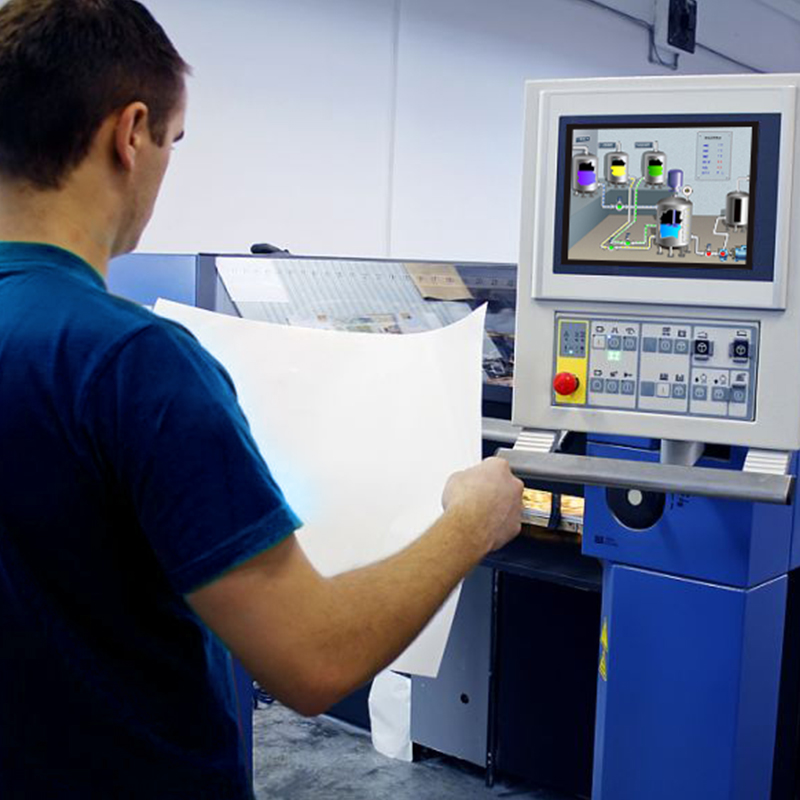 Write your message here and send it to us

1.Durability
With industrial motherboard,so it can be durable and adapt to the anti-interference and bad environment
2.Good heat dissipation
The hole design on the back,it can be quickly dissipated so that it can adapt to the high temperature environment.
3.Good waterproof and dustproof .
The front industrial IPS panel,it can reach IP65.so if someone dropped some water on the front panel,it will not damage the panel
4.Touch sensibility
It is with multi-point touch,even if touch the screen with glove, it also response quickly like touch mobile phone 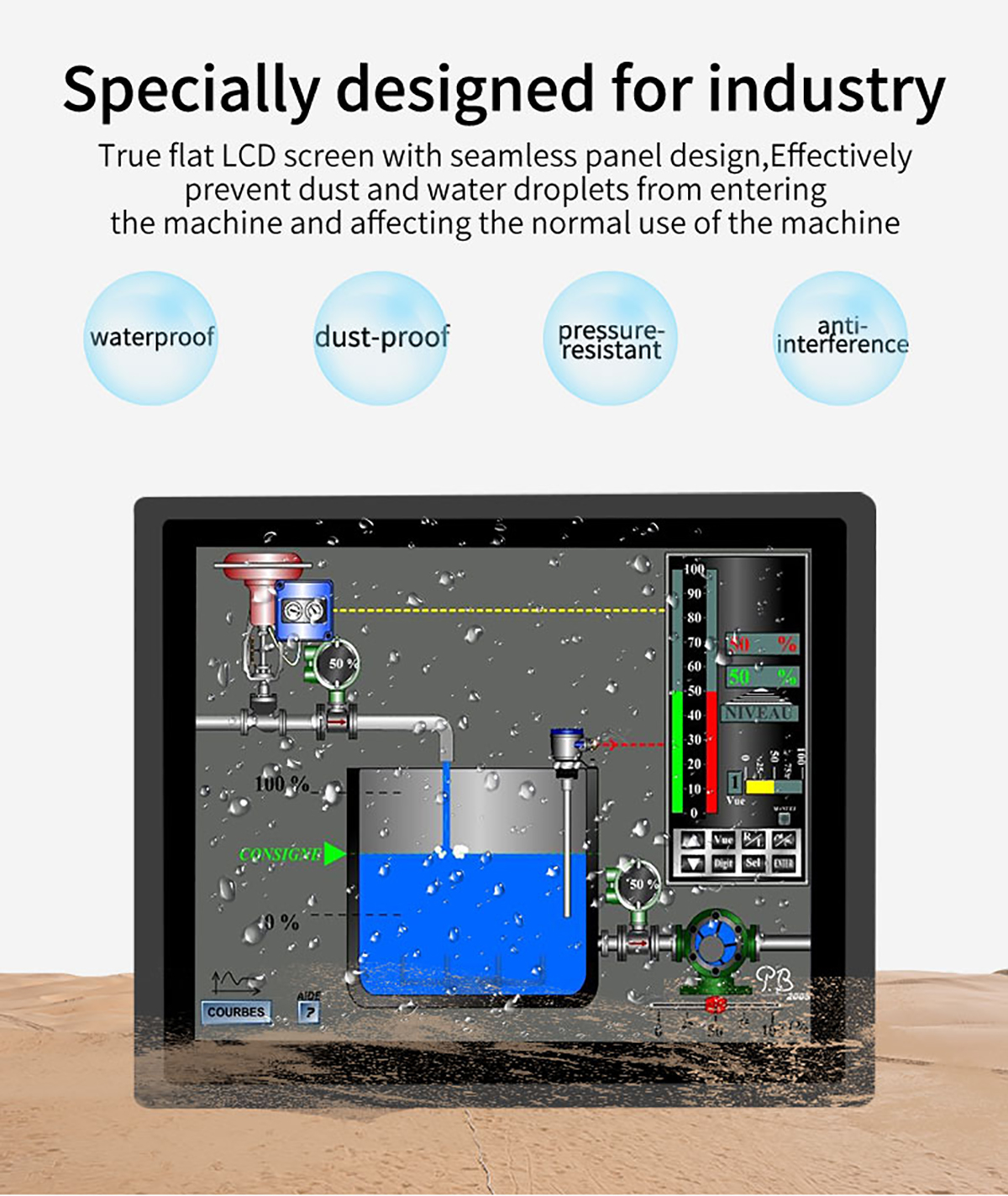 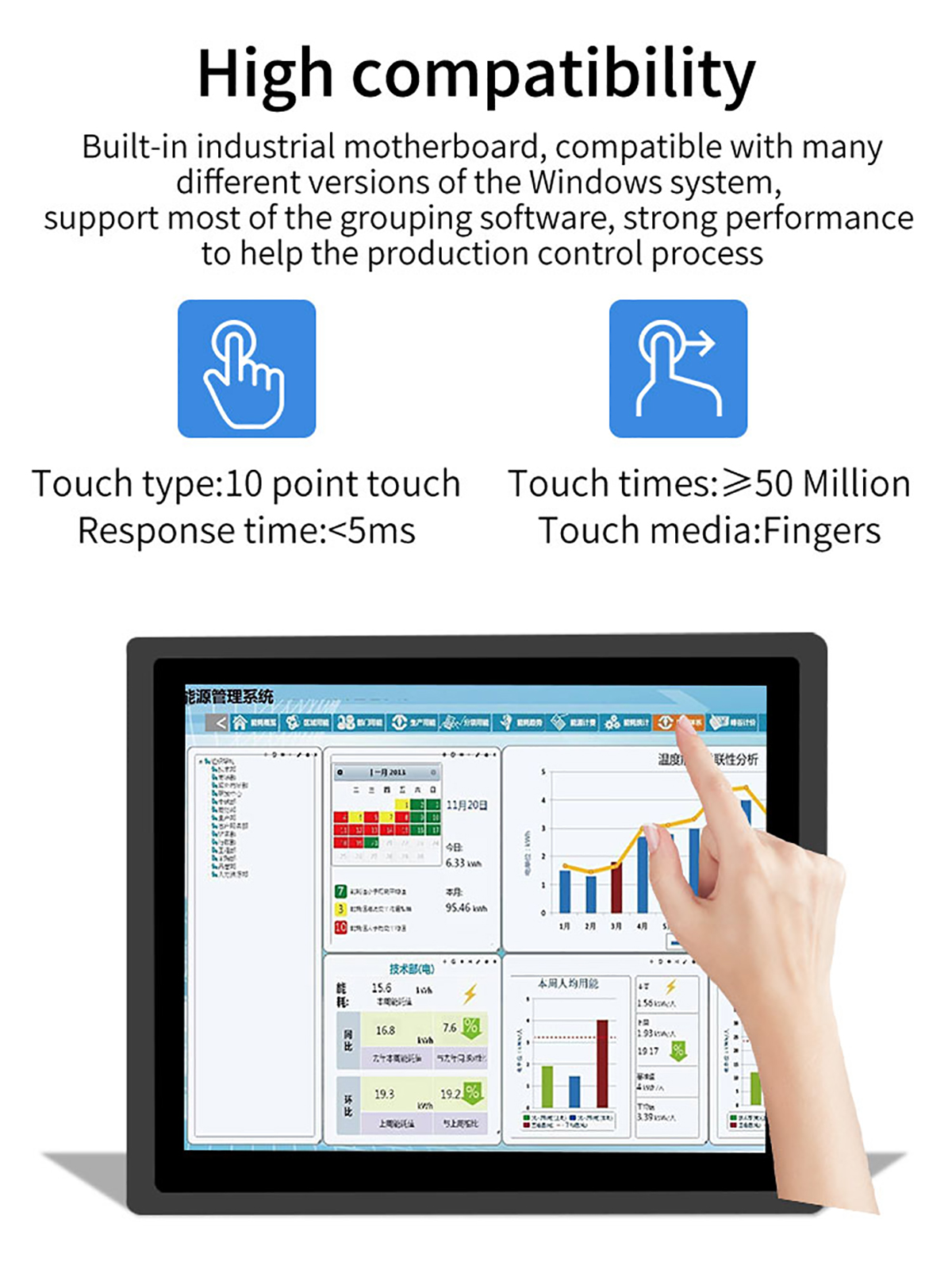 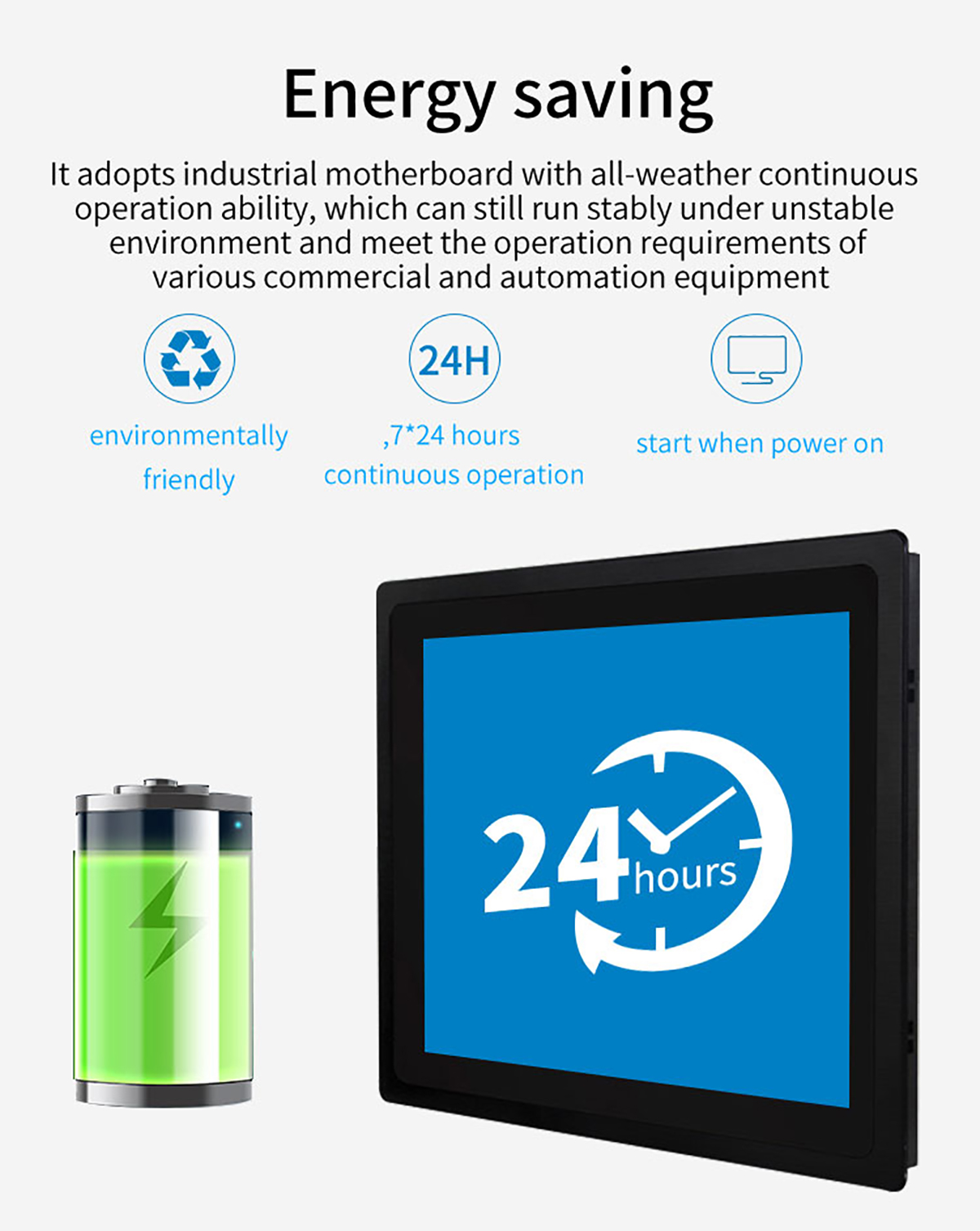 Industrial Personal Computer (IPC) is an industrial control computer, which is a general term for tools that use a bus structure to detect and control the production process, electromechanical equipment, and process equipment. Industrial personal computers have important computer attributes and characteristics, such as computer CPU hard disk, memory, peripherals and interfaces, as well as operating systems, control networks and protocols, computing power, and friendly man-machine interface. The products and technologies of the industrial control industry are very special and belong to intermediate products, which are to provide reliable, embedded and intelligent industrial computers for other industries.

Although they are all computers, they have roughly the same basic configuration, such as motherboard, CPU, memory, serial and parallel ports of various peripherals, etc. However, due to different applications, their technical requirements are different. Ordinary home or office computers are civilian-grade, while control computers are industrial-grade, which have special requirements in terms of structure. From the appearance, most ordinary computers are open, and there are many cooling holes in the performance. Only one Shenyuan fan blows out of the chassis to dissipate heat. The industrial computer case is fully enclosed. In terms of weight, it is much heavier than the ordinary computer case, which means that the plate it uses is thicker and thicker because it is stronger. There is not only a fan for the power supply, but also a fan for keeping the positive pressure in the case. The wind is stronger. Large internal blowing fan. In this way, the external structure can be dustproof, and at the same time, it can also shield the internal interference from electromagnetic and the like. Ordinary computers generally have only one motherboard, which has standard components such as CPU slots and memory slots. Others, such as discrete graphics cards, are inserted into the expansion slots on the motherboard. Now they are mostly PCI slots, but industrial computers are different. It has A larger motherboard, also called passive backplane, does not have many integrated circuits on this board, but only has more expansion slots. The motherboard with CPU should be inserted into a special slot on this motherboard.

Other expansion boards should also be plugged into the motherboard, not the motherboard. The advantage of this is that with the motherboard, the screen can be better protected from external interference, because the situation where the industrial computer is used is relatively bad and there are more interferences, so that the main analysis can work reliably, and at the same time, the large motherboard is more Easier to extend other plugins. This allows designers to have more options when developing systems.

Without considering whether there is room to put down. In terms of power supply, the power supply of a regular industrial computer is different from an ordinary power supply. The resistance, capacitance and coils used in it are several levels higher than those used in ordinary households. The load capacity is also much larger.

Our commercial displays are popular with people.